From the grime of Berlin to the top-tier of Copenhagen

It takes a certain breed to manage Lidkoeb as a part time student job – the stakes are high when ruthless quality meets massive clientele. For Anna Heilmann however, it’s been the perfect job to bring variety into a week filled with international studies and work at the Danish Parliament on Christiansborg.

Returning to Copenhagen after having worked a few years in a sleazy bar in Berlin Anna wanted to step up her game and be the best she could be behind the bar. Bestowed with the luck of good timing she slid in through an entry level opening at Lidkoeb two and a half years ago and hung in throughout the 10 shifts of intensive commando bar training that’s part of Lidkoebs sky high quality standards.

Enjoying the discipline required when being top of class, Anna has matured as a bartender. The international team, that keep the steam up and wheels turning in the tripple decker cocktail behemoth of Lidkoeb, also make up a good learning environment. You’re encouraged to compete in bar competitions and your creativity is scaffolded by a supportive team of colleagues.

For this reason it’s no coincidence that Anna managed to be nominated to the final in one of the worlds biggest bar competitions Barcardi Legacy with her cocktail Two Mothers.

With plenty of Danish humor and hospitality, Anna is the kind of bartender, that will make you stay a few hours longer just for the sake of her company or a discussion on politics. As if the cocktails she serves aren’t enough! 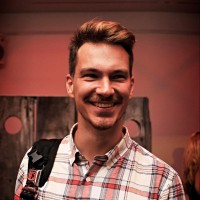