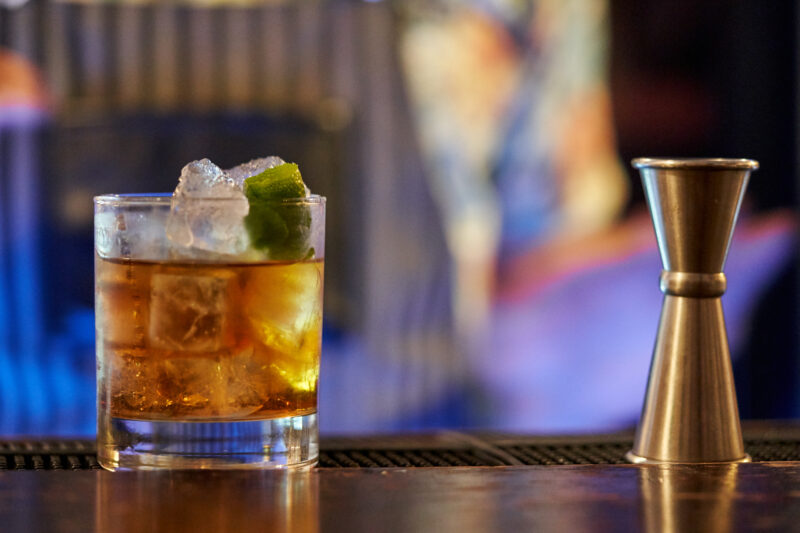 This simple architecture has stood firm in drinking history for centuries, and is nowadays still a frequent order in most cocktail bars around the world. American whiskey is traditionally used, but since the recipe only calls for abstract “spirit,” why not use another one for a change? Moda Antigua is Spanish for “Old Fashion.” I thought it was the perfect name for an Old Fashioned based on two Mexican agave spirits: Tequila Reposado and Mezcal.

Instead of the traditional sugar cube I chose Pedro Ximenez, a sweet dessert wine from southern Spain, as the sweetener. This fortified wine’s traditional process is very particular. Grapes dry under the sun to concentrate their sugars, resulting in a thick, black juice reminiscent of raisins and molasses.

Like gastronomy’s salt and pepper, bitters are usually used behind the bar to enhance the base spirit’s profile. The agave fermentation process creates a compound called isovalderldehyde, which possesses a sweet chocolate like flavor. I added chocolate bitters to the mix to enhance this quality in the drink. It also acts to bridge the tequila’s fresh agave tones with the dessert wine’s dark raisin flavour.

I don’t know about you, but to me, a Mexican cocktail without lime is not a Mexican cocktail! As such, I garnished the drink with lime peel. It freshens the balance up with the intoxicating scent of aromatic citrus oil. Pour the ingredients in a rocks glass and fill it up with ice. Stir until you feel it reaches the correct dilution, then express lime zest over the drink and on the rim of the glass.

Stop by to give it a go at Kester Thomas and let me know what you think. Salud! 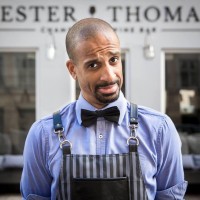