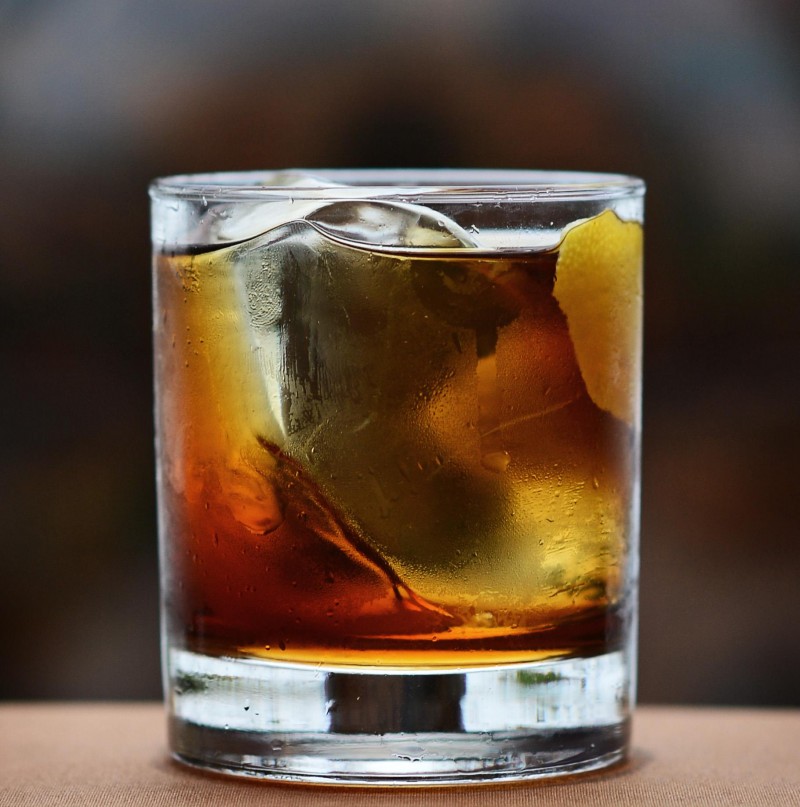 In 1805 the Norwegian trade family Lysholm shipped aquavit to the East Indies. As no one would buy it, the aquavit was sailed back to Norway. On its return in 1807 it was discovered that the sea voyage had made to aquavit much smoother and more tasteful.

“Across the Equator” from Duck and Cover is a tasty tribute to this revelation, the consequence of which has been, that still today every bottle of Linie aquavit is being sailed across the equator to mature at sea. All ingredients are stirred and served in a rock glass over ice with a lemon twist. Saltwater is sprayed on top to enhance flavors and accentuate the maritime aspects of the Linie aquavit.

This wonderfully simple mix by Kasper Riewe Henriksen and Rasmus Poulsgaard yields an interesting and complex result. Inspired by the recent double aging of Linie in madeira casks the traditional Linie is sweetened with madeira which is balanced with the dry liquorice notes of the absinth and aquavit. It’s all kept fresh and tight with some lemon zest. Across the Equator, which is one of our absolute favorite aquavit based cocktails, was served in the bar hosted by Duck and Cover at the Spirikum festival on the 1st of September 2018 in a big tent on Israels Plads as part of Copenhagen Cooking & Food Festival. with producers present from USA, Iceland, Finland, Sweden, Norway and Denmark. Read more about the Spirikum festival here.

Across the Equator is also featured in our free e-booklet with 9 delicious aquavit cocktails that can be made with few ingredients.