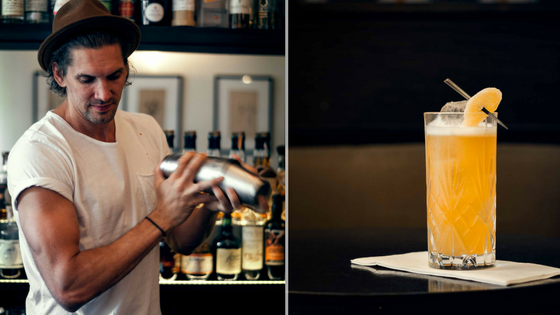 We have asked Sune and Rasmus to share some of the interviews from the book on our blog. The following is the second in the series – an interview with Nicolas de Soto from the bar Mace in New York: Mace is the brain child of Nicolas de Soto, former head bartender at ECC in London and New York. We both met him in our days at Ruby and since then kept running interim through guest shifts in Copenhagen, New York and London – one of them during the Ruby appearance at Manhattan Cocktail Classics.
After several years at ECC He wanted to make his own place, and after not finding a suiting venue in London he came back to New York.

The narrow space on 9th street is laid out as a modern spice shop with rows of herbs and spices in jars on the shelves. The cocktails, 12 in the menu, are named solely after their main spice, and thus cocktails like Yerba Mate and Long Pepper grace the pages along with botanical drawings of plants and seeds. The ingredients are fairly complicated at times, but as all the prepping is done before guests arrive, the expression of the bar is one of cool energy surplus and wide eyed wonder.

Nico ran across akvavit back in 2010 working in London.  He starts talking, still slightly windy from the trip here and the fact that he arrived straight from work-out. He speaks softly, with a distinct French tone to his English, his voice an almost timid contrast to his tall slender frame. “I would use it to spice up a vodka drink because I hate vodka drinks, they are very boring, and then I used more and more Akvavit and less and less vodka, and voila, here we are.”

Nicolas has an impressive collection of the stuff. We count 12 different examples, which is shocking for a bar in the states.

“I do not,” he says with his heavy French British, still uncoloured by his years in New York, “I do not imagine akvavit being everywhere anytime soon, It will be here, but quiet, yeah? Here, the Americans they do not drink it with the food, but again, they do not drink it when they are teenagers, they think of it as exotic, yeah?”

The fact that akvavit is introduced quite late to experienced drinkers, instead of to teenagers who just drink to get smashed, means that the flavours are allowed to stand as individual spices, instead of being this dreaded nightmare that a lot of Scandinavians connect them with. So the easter or christmas excess stigma that it still has in Scandinavia does not exist, rather it’s seen as an exotic and interesting flavour. Shake and strain into highball full of ice, garnish with dried ginger on a stick.

The book can be acquired on Amazon.com, Saxo.com and Adlibris.com and in Copenhagen at Magasin, and specialized shops like Juul’s Vin og Spirits, Den Sidste Dråbe and Shoppen.

Stay tuned for more interviews from the book coming up on our blog soon! In the meantime you can read the first interview with Emil Åreng on Scandinavian cocktail culture and his aquavit cocktail Bold Fashioned. Or you can immerse yourself in the basics of aquavit with our free e-book on aquavit cocktails. 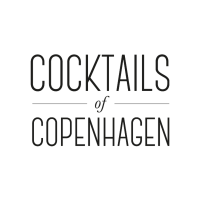