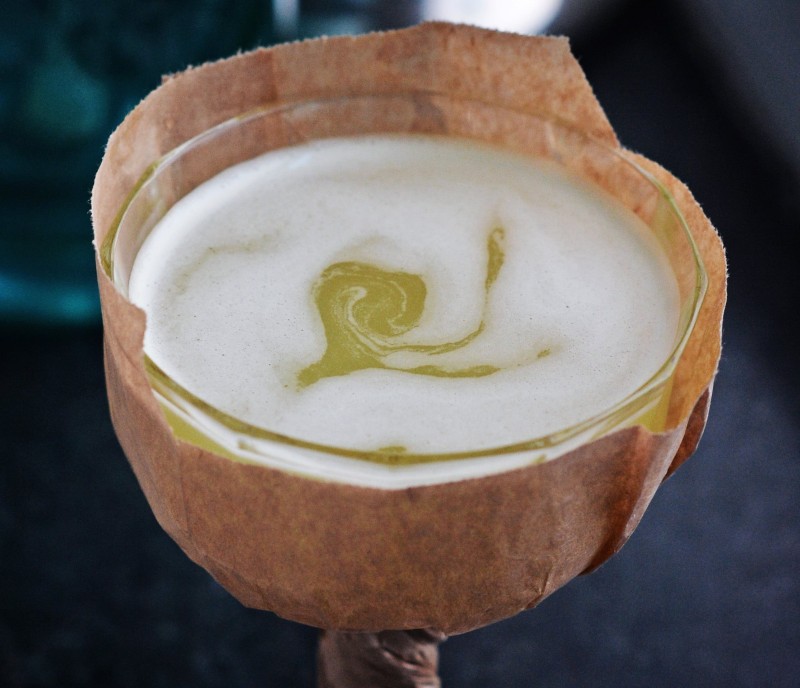 Family values and a gift to treasure

Last year we wrote about Two Mothers, a cocktail created by Anna Heilmann-Clausen from Lidkoeb which won her the Danish final of the prestigious Bacardi Legacy cocktail competition. This year, we’re proud to give you one of the 2016 Bacardi Legacy winner cocktails: “El Obsequio”, or directly translated, The Gift. It’s concocted by Antonio Saldanha de Oliveira from Curfew and the four ingredients on which it is based represents the core values of the Bacardi Family.

The Bacardi Family brand represents a passion for craftsmanship and the Bacardi Carta Blanca rum lays the base of El Obsequio, reminding you of a classic daiquiri. The mimosa syrup brings a distinctively floral and perfumed hint to the drink and represents care – for your guests, for your family, for your craft, and the care you show when giving a present. Lime represents integrity – it’s a stable ingredient in a cocktail bar and can always be relied on when mixing drinks. The Cocchi Americano, a sweet and complex  aperitif, is difficult to work with and takes practice to really learn to use. But when you do, it can complete the experience of a cocktail. And so, the Cocchi represents respectful courtesy. The courtesy you can expect when entering the doors at Curfew. The type of courtesy that will make your drink taste just a little bit better.

Shake with ice. Serve in a cocktail glass wrapped in paper like a gift.

The perfumed and floral smell of the drink instantly brings to mind more exotic regions of the world. The taste, while distinctly “daiquiri’esque” also brings the perfume notes from the mimosa syrup and the complexity from the Cocchi. So if you’re a fan of the daiquiri but would like to challenge yourself with a seducing twist in the classic version – head on over to Curfew on Stenosgade and have this cocktail make your mind fly to warmer regions of the World!

Mimosa Syrup: If you have ever been to Curfew (or if you read the recent article on Curfew from Tales of the Cocktail), you will know that owner Humberto Marquez is a great fan of cocktail memorabilia. One of the most interesting memorabilia he has is a small bottle of specially made “Bacardi perfume”. This perfume was given by the Bacardi family to select customers many, many years ago, and Humberto has managed to get his hands on one. Mimosa is a dominant smell in this perfume, and so Antonio included a mimosa syrup in El Obsequio as a homage to this gift once given by the Bacardi Family. Alternatively you can use chamomile flowers if mimosa flowers are not available.

1 Liter sugar syrup (1:1) 100 grams fresh Mimosa flowers
1. Boil suger syrup and mimosa flowers together and then let it simmer for 10 minutes; 2. After simmer, blend them and fine strain through a coffee filter; 3. Let it sit for 2 hours in the fridge. Bacardi Legacy: Bacardi’s Legacy contest challenges bartenders to create cocktails that can stand the test of time and become new classics alongside the likes of the Daiquiri and the Mojito. At the same time the drink must be simple enough in its structure and ingredients that it can be made anywhere in the World. From the start of the competition bartenders work through a series of stages, which will see that those deemed most promising go through to the final national level, which then yields a national champion. The two Danish finalists this year besides Antonio are Erwan Le Bonniec from Kester Thomas and Kristoffer Geer from Bar Downstairs in Aarhus.

All three finalists will be competing for the top national spot at a Northern European final in London on November 8th. One of them will be selected as the Danish finalist who will head to the Global final in Berlin in spring.

To get more highly recommended choices for cocktails and bars in Copenhagen sign up to our monthly newsletter and stay tuned!