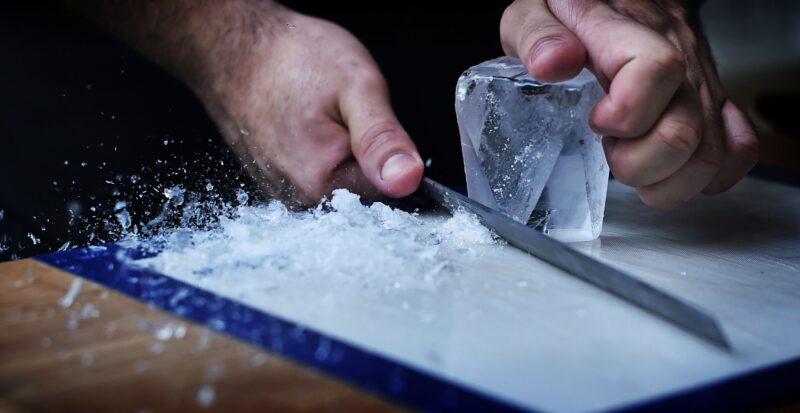 How London influenced our future

This is the first of our new series of editorials in which we would like to share with you the background of the blog as well as some tongue-in-cheek insights into the industry. In this article, we are looking back on 2019 and reflecting on our trip to London, which in many ways inspired us to change a couple of things around here.

You probably noticed a couple of different levels of activity on our website this year. We played around with new formats of text as well as the frequency of posting, to figure out where are we standing with you – our audience. It was a very fun half a year where the highlight was  our visit to Bacardi Legacy Grand Finals in Amsterdam which was only made possible by your continuous support. Thank you!

But, as we were getting closer to the halfway mark of the year, something didn’t seem right. Visiting bars, interviewing icons, tasting drinks and writing articles was still as rewarding as ever but the higher purpose of our journey started to disappear in the fog of constant planning and scheduling. The focus on more content made us feel that some of our articles have a lesser value than others. The sheer excitement from publishing our interview with Max Scott was felt across the whole team and the community rewarded us with loads of attention and feedback. We decided that we want to do more of that. Those of you who follow us on Instagram probably noticed our recent trip to London, where we attended this year’s edition of P(our) Symposium. A wide scope of speakers from multitudes of industries spoke on the topic of Understanding. We talked about empathy and accepting one’s own story, we geeked out on fermentation with our local heroes from Empirical Spirits and we even touched difficult topics like slavery, thanks to Narit Gessler of Free the Slaves. The last and most expected speaker of the day was Jeffrey Morgenthaler and it’s his words that are resonating through the meaning of this entire article.

Jeffrey is a legend of the industry but as he introduced himself and his 23 years behind the bar, more than a decade behind an influential blog and five years as an accomplished author of bartending books – it all felt very humbling and down to earth. It truly highlighted the spirit of Jeffrey’s world in which less is more because less equals better. In the spirit of essentialism, it became clear that chasing many goals in different directions is way too exhausting and less rewarding than following a straight line towards a clear goal. And that goal, according to him (as the audience visibly nodded) was sharing.

It clicked at that moment that the articles we were most proud of were the ones where we felt that we shared something with our community as opposed to simply presenting a drink or two. We decided that focus on high-quality articles is a definite way forward. As Jeffrey continued to talk about sharing between bartenders, he mentioned how the most profound contributions are not happening on the abundant masterclasses or promotional guest shifts, but rather through connection. That’s what we felt with the resonance of our Boozeless Negroni article. Last but not least, Jeffrey mentioned how important it is for the modern bartender to stay behind the bar. Not only do most of our coworkers not think about the bar as their space for more than three or five years into the future, but even the most dedicated of us are often distracted and mislead into daytime jobs as ambassadors or managing directors. That is not to say their influence vanishes or their importance is lesser; but each time, we are losing a tremendous person who either runs the floor, motivates the bar team on any given night and pushes the service to a new level of perfection.

And as we, Cocktails of Copenhagen, are trying to become ambassadors of our local bar scene, we would love to do this from behind the bar as well. To get on the same level with our peers and represent the welcoming and hard-working industry that we can’t help but call home. And every time you, a reader from the world beyond the speed rail come to sit at the bar, you will be our only focus. So… what’s the next drink you’re having?

Are you ready to bet let inside our own world? Watch out for an article on our team as well as topical articles about bartenders in Copenhagen. A couple of exciting things happened during our hiatus and we will shortly follow their evolution.