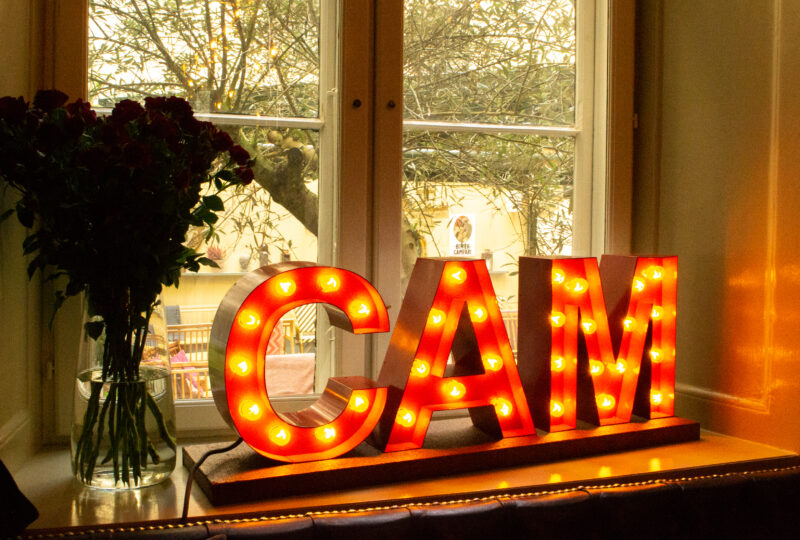 One negroni to rule them all

When Count Camillo Negroni asked a Florence bartender to mix Campari, sweet vermouth and gin, he probably never thought that the drink would go on to become the favourite aperitif of the century. Yet, to this day, it is the preferred sip of the world’s bartenders and spirit-lovers alike. In order to celebrate the 100-year anniversary of the famous cocktail, Campari in collaboration with Brønnum cocktail bar is running a 10-day negroni-week (seven days and an extra weekend of fun). Guest will be able to sip on a range of Campari-dense aperitifs ranging from known classics to sloe gin and orange sorbet twists. Furthermore, on certain days visitors will get the chance to attend a Campari workshop, and even an opportunity to bottle their own Negroni for keepsake. Talk about painting the city red!

To kickstart the 10-day celebration, Brønnum hosted an industry-focused Negroni competition featuring some of the city’s most prominent bars. Hans Just, distributor of Campari in Denmark and organiser of the event, invited several bartenders to bring their creative concoctions with them to the special Campari bar located for the next 10 days in the back of Brønnum’s formidable boheme venue.

Eight bartenders representing their bars served their creations in front of a select panel of judges, consisting of Spaniard Bernaveu from M.A.S.H, Alex Smith from Copenhagen Distillery and 6th generation head of Hans Just, Peter Just. Concoctions came in a multitude of variations, ranging from bright pink high-ball serves, to blood-red stirs on ice. Except for Brønnum, who based their botanical profile on a coffee-infused aquavit, all cocktails featured the classic Campari and gin mix, whilst adding the twist in other forms, such as fennel-infusions, wine and flavourful bitters. “Everyone had an inventive approach,” said Alex Smith as the announcement of the winner came around. “It was super interesting to see all the creative directions you went. Everything was extremely well balanced, and essentially that is what is at the core of the negroni.”

Gorilla‘s cocktail Sgt. Pepper’s Strawberry Fields received an honourable mention for its Danish summer-inspired flavour profile. But, in the end, the winner came, saw and conquered before the competition was even completed. Harry Bell from TaTa ran in during his shift, poured his Negroni del Cardinale, and ran back out to “continue squeezing lemons”, as he said. The Milan native ticked all the boxes including the un-mentioned extra category “Italian heritage”, which he was the only one who had strongly focused on in his presentation.

Stir and strain, serve in a martini glass or coupette. Zest a lemon peel over the glass and drop inside.

The Negroni Del Cardinale was simple, yet highly elegant serve. Served in a tall martini glass and with a small lemon twist garnish, it presented itself with the classic bright, red hue and added sweetness from the grenadine. What set it apart from the rest of the competitors was its highly floral profile, fighting against the familiar bitterness of the classic Negroni.

As quick as he came, equally as swift he left the venue to continue his shift. As such, Harry Bell won not just on his cocktail, but on his dedication as a bartender to always excel on shift – whether it’s serving guests or saluting the negroni. All that’s left now, is to see whether the Cardinale will succeed again at the Nordic Negroni competition at Tjoget in Stockholm the end of Negroni week this year.

If you find the classic Negroni to contain a bit too much booze at once, check out the Antonio Negri from Kyros & Co. Tried and tested by competition judge Alex Smith himself For more competitions, stay tuned on our Facebook or Instagram as we join bartenders form around the world in the Bacardi Legacy global final this Wednesday.