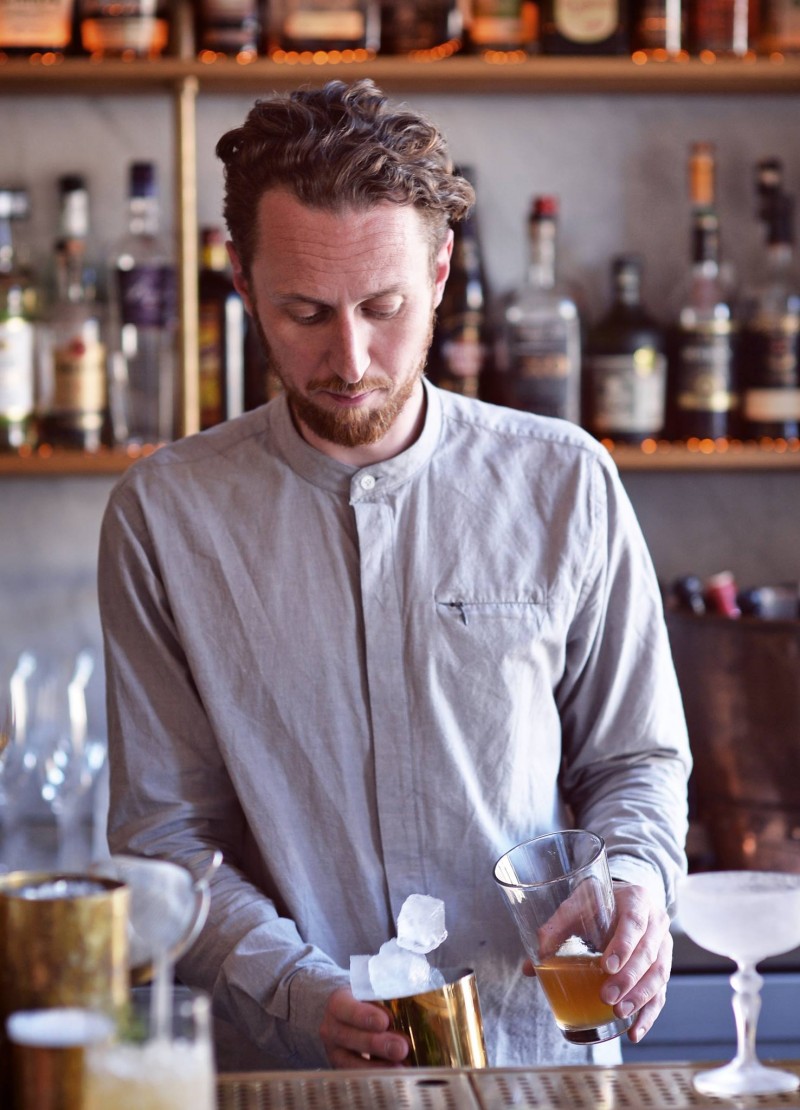 There’s no upper limit to service

Holding a masters degree in engineering – resistance welding to be exact – and having studied air traffic controlling and even forest and nature management you wouldn’t have expected Nick to be managing two of Copenhagen’s best cocktail bars – Ruby and Lidkoeb. But there’s is a story to make sense of it all…

While studying Nick had been working in the hospitality industry and absolutely loved it. Actually his first job in Copenhagen was in a bar in Copenhagen Airport while he was an aspiring air traffic controller. After that  Nick worked the bar at some of the first classy cocktail ponds in Copenhagen – Bar Rouge and Hotel Fox – where he was trained by some of the pioneers like Gromit Eduardsen, before the cocktail scene spread like wild fire. When he finally had his engineering diploma the prospect of sitting behind a desk with a calculator and some simulation software bored him. So he decided to give the bar career a year with full throttle to become the best and then take stock of things. It seems, now 12 years after, that things took stock of Nick and we now know him as one of the best and most respected bartenders Copenhagen has to offer.

Nick has been a part of Ruby since its infancy and has helped it grow from an old municipality office to the landmark bar it is today. You’ll rarely see Nick behind the bar nowadays, but he is in charge of developing interior design and cocktail menus as well as daily operations. He involves the entire Ruby staff in the menu creation process. One cocktail from the seasonal menu will always be chosen based on an in-house competition where all the bartenders are challenged to create a cocktail within a certain category.

While the cocktails that Nick and the crew creates for the Ruby menu are amazing, that’s not the heart of the matter for him. As he puts it: There’s an upper limit to how well you can make a manhattan, but there’s no upper limit to service. Unparalleled service and true devotion to the experience of the guests is what drives him. With Nick at the rudder, you’re in good hands!