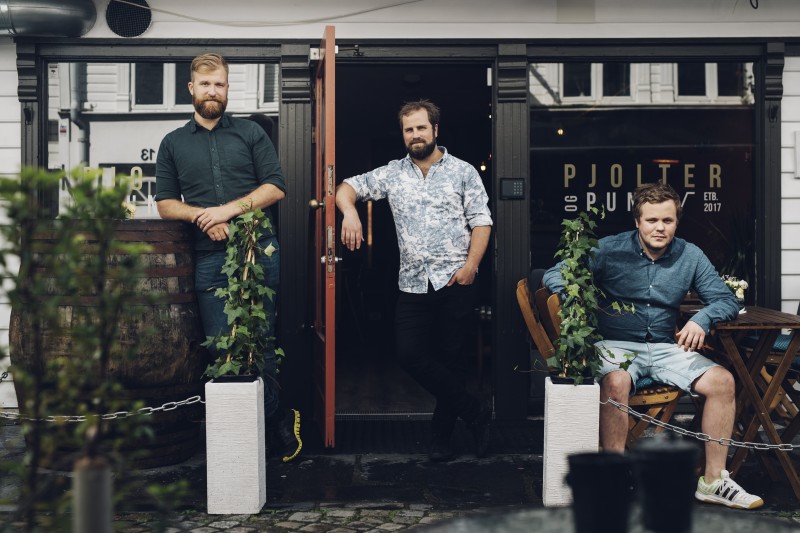 The Scandinavian cocktail frontier in Stavanger

When asking around for people in Norway with passionate opinions on Scandinavian cocktail culture Truls Thomsen is often mentioned.

After finishing a bachelor’s degree in petroleum engineering Truls was given the opportunity to work as head bartender at Newsman Bar and Arkivet Bar in Stavanger. He fell in love with the profession and never got back to studying. Today five years later he has opened his own bar Pjolter & Punsj. Pjolter & Punsj is a casual bar with second hand furniture and a focus on Scandinavian drinking culture and great cocktails.

We have asked Truls a few questions to explore the Scandinavian cocktail frontier in Stavanger:

How did you decide to open your own bar?

Opening my own bar has been a dream that’s grown bigger and bigger over the last 4-5 years. In September 2014 I hooked up with André Kvilhaug in September 2014. We shared the same ideas and approach to how a bar should be. In February 2015, we were excited to get our venue.

After waiting 1 year and 8 months for approvals and building permits we did a complete makeover of the place. With support from friends and family we changed out all the walls, the ceiling, cemented the floor, fixed the plumbing, installed new electrical ventilation systems, and build our own bar.

We finally opened the doors the 12th of May and so far it’s been nothing short of fantastic!

For those of us who don’t know the terms; what is “Pjolter and Punsj”? Pjolter and Punsj are two of the biggest Scandinavian mixed drinks throughout history. Pjolter was the Norwegian name for a drink consisting of Brandy (or Whiskey) and Selters, and it started to appear in the 1870s. It had different names in other countries. It was known as a Highball in England, a Sjus in Denmark and Grogg in Sweden. The Pjolter was a very popular drink until the 1960s and was made in different variations, the most prestigious being the King Pjolter where the Selters was substituted with Champagne.

Punch is mostly known as an English drink consisting of Arrack, citrus, sugar, water and tea or spices. However, it was also very popular in Scandinavia, and especially in Sweden.

We chose the name Pjolter and Punsj as an homage to those two drinks. Throw the drink and strain into a tea pot filled with ice. Serve with two tea cups and garnish with flowers.

This is one of Truls’ first creations and his favorite shared drink to serve at Pjolter & Punsj. It’s a low abv drink that still have some complexity and bitterness to it (check out his aquavit based Back to the Roots and Piknik Punsj here).

What characterizes Scandinavian drinking culture and history in your opinion?

The first thing to come to mind when I think of Scandinavian drinking culture and history is binge drinking.

Drinking has been big part of our history throughout Scandinavia. Parties in the 17th and 18th century would last anywhere from a couple of days, till several weeks. It was even considered rude not to get drunk. This was disrespectful to the host, and you were basicly saying that you did not like their aquavit (download our free ebook on aquavit cocktails for more inspiraiton) or their home brew.

I believe that this history has influenced how we consume alcohol today. However, I do see a change going on. People are getting more focused on quality and more interested in enjoying new flavors rather than just getting drunk.

Read our separate interview with Truls about the use of aquavit in cocktails or follow our Facebook site, Instagram profile or monthly newsletter to have inspiration on Scandinavian craft cocktails delivered straight to your feed or indbox.