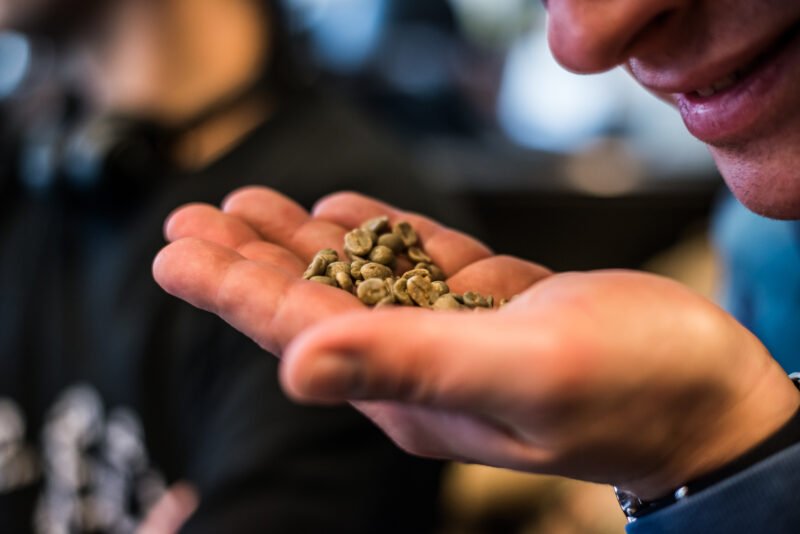 A cocktail bar’s menu can be an open door to a new world of experiences, or, alas, a vodka-smelling straitjacket. As guests, we are sometimes limited to choices made by bartenders on our behalf. This is, of course, to shape the the flavour experience to ingredients and seasonality like a kitchen might – as well as a way to minimize waste. However, it leavers all power in a bartender’s hands. Worse, if you don’t like the drink, it is sometimes insinuated that you and your palate are properly wrong.

At least, that is how many bartenders seem to think. In the cocktail-creating profession, pride often excels reasoning, make us unable to understand that palates accustomed to daily moonshine consumption and bitters might experience fermented and distilled ethanol in a slightly different way from those of primary school teachers (one hopes). Rather than pulling the guest up to their educational level or reaching out to understand their disposition, bartenders tend to get offended.

This is an issue. Driving wedges between bartenders and guests ultimately only creates more distance from, and diminishes understanding of, the work that goes on behind the counter. Furthermore, as popular media continues to ridicule bartenders with “white shirt and waistcoat” stereotypes, we as bartenders are losing grip on reality. We are driving people out of the bar, when we ought to be showing them inside.

One bar in Copenhagen has recently re-established that connection with its guests, very simply, by allowing them to choose what goes on the menu. At Rastløs Akvavit Bar, the question is not whether you prefer having a Mojito or Daiquiri as your designated rum cocktail on the board. It is an aquavit-only cocktail bar: the debate is in the ground straight away. The drinks programme becomes a conversation between bartender and guest aimed at reaching an agreement between two palates; one that has tasted countless years of sampled cocktails and straight liquor, and one that is just starting out!

On the first Wednesday each month at Rastløs Akvavit Bar, something magical happens. Head bartender and fermentation mastermind Toby Efterland starts the day by carefully opening and sampling his collection of mason jars. Is the kombucha ready? Should the fermented beetroot stand a little longer? How is the seaweed-infused Rød Ålborg aquavit coming along? Those that pass the test are bottled to be shaken up into the day’s cocktails. Every drink presented has yet to be named. In fact, they aren’t even finished. The final stage in a cocktail’s construction is the final sip – that which reveals its readiness for unveiling before the imbibers. A task Toby and Rastløs owner Frederick Sebastian-Krause leave up to you, the guest. Cocktails are not priced prior to the tasting. In fact, you yourself decide how much you think the drink is worth, at the asking price of 1 kr at minimum – out of appreciation for the bartenders. That means you could go away with four cocktails in your belly and a solid buzz for no more than 4 kr (although drinking four successive orders you claim are not worth money and stumbling out the door might not be your best look).

Of course, that is not the point. The more you pay for the cocktail and thus express your delight, the higher the chances are that it will going on the menu. As such, the guest is essentially the beverage manager. They just leave the creative stuff to Toby.

There is also excitement in not knowing what is presented to you. Although you might read the experimental menu of the day, lacto-fermentation and shiitake reduction means very little to the average guest. No less than 12 ingredients  go into each cocktail, to balance out each element’s sharpness. The bartender measures seaweed extractions and infused aquavits. A barspoon of a bottle with some uninterpretable label. The next moment, a paint brush gracefully traces octopus ink along the sides of a crystal rocks glass, mimicking Japanese sumi-e ink painting. “The Black Pearl” – as it becomes known later – is served. The lack of seaweed flavour you were expecting baffles you. It evidences the knowledge Toby Efterland has about fermentation and infusions. Instead, a mellow umami rolls over the tongue, oiling up the palate. A second sip follows the first, and before you can even pinpoint the actual profile, the drink is gone. A rich, herbal dryness lingers. Winner, winner, chicken dinner! This one is for the menu.

It will not last long, however. Even if supply lasts, the cocktails from Rastløs inclusive experiment only last until the next month’s flavour lab. That being said, neither Toby nor Frederick dismiss any particularly popular cocktails’ chances from reappearing on future menus.

One can always expect Rastløs’ cocktails to set the bar for innovation higher than your average drinks den. Yet the Flavour Lab, as Frederick calls their monthly get-together, is a perfect example of cocktail democracy. Behind the bar, the bartenders can be as creative and imaginative as they like without risking too much. When the guests have the final vote, profit loss is minimal. And, with time-consuming ingredient preparation ranging from seaweed-infusions to lacto-fermented fennel, and with everything singularly built from aquavit, that is important. Everything Rastløs does, from proclaiming the strengths of aquavit to practically giving away drinks on a monthly basis, is a gamble. But so far, they seem to be winning.