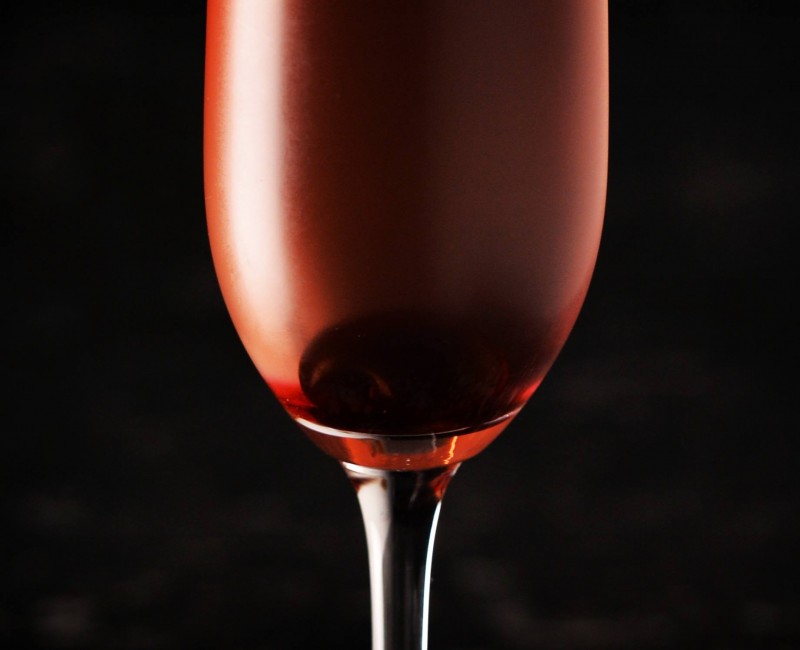 The “pickle” category coined by Finnish bartender Eetu Topo from Helsinki calls for 1 part base spirit, half part lengthener, a bar spoon of vinegar and a bar spoon of grain sugar. On request Eetu sent us an aquavit pickle recipe consisting of O.P. Anderson aquavit, fino sherry, sherry vinegar and sugar. We decided to play around to explore the category a bit. After a few tweeks we came up with the Sherry Cask Pickle. Stirred over ice. Served neat in a sherry glass and garnished with a preserved Fabbri Amarena cherry.

We liked the idea of using sherry vinegar for acidity in an aquavit pickle. Taking a tasty sherry balsamic vinegar from Hindberg and Vanilla as a starting point it seemed obvious to try a version with Lysholm Linie aquavit which has been aged in sherry casks. It turned out however that the original Linie aquavit was a bit to coarse on it’s caraway notes to fit the bill according to Eetu’s original specifications. This makes sense as the O.P. Anderson aquavit that Eetu suggested in his recipe is a considerably milder aquavit in comparison to the Linie. To bring the flavor components closer together we decided to use one of the new double cask aged linie aquavits (the double cask port) and sweeten the drink with a flavorful cherry syrup rather than pure grain sugar. The double cask aged Linie aquavit is naturally more round and smooth compared to the single barrel aged version. This makes it blend in well with the other ingredients leaving you with a holistic feel where the caraway notes of the aquavit are balanced well with the other components of the mix. The choice of cherry syrup as a sweetener was inspired by the work of Rasmus Poulsgaard and Nick Kobbernagel who developed the “aquavit flavor tree” we’ve featured previously based on reasearch into aroma synergies in relation to aquavit. The flavor tree illustrates the botanical families and aromas associated with the essential components of aquavit and shows that cherry has a natural molecular affinity to caraway. “Ingredients that share the same genealogy botanically also seem to share a lot of the same flavor molecules. We found that caraway combines well with almond in terms of flavor. As almond, cherry and abricot all are in the “prunus” family they all combine well with aquavit” – Rasmus Poulsgaard, Duck and Cover

The aquavit flavor tree is featured in our free ebook on aquavit cocktails. Read more here if you’re interested in “the pickle” cocktail category and Eetu’s quest for the Nordic.

The slim elegant sherry glass and the fino sherry used for this version of the Sherry Cask Pickle was kindly provided by Juul’s Vin og Spiritus in Copenhagen.