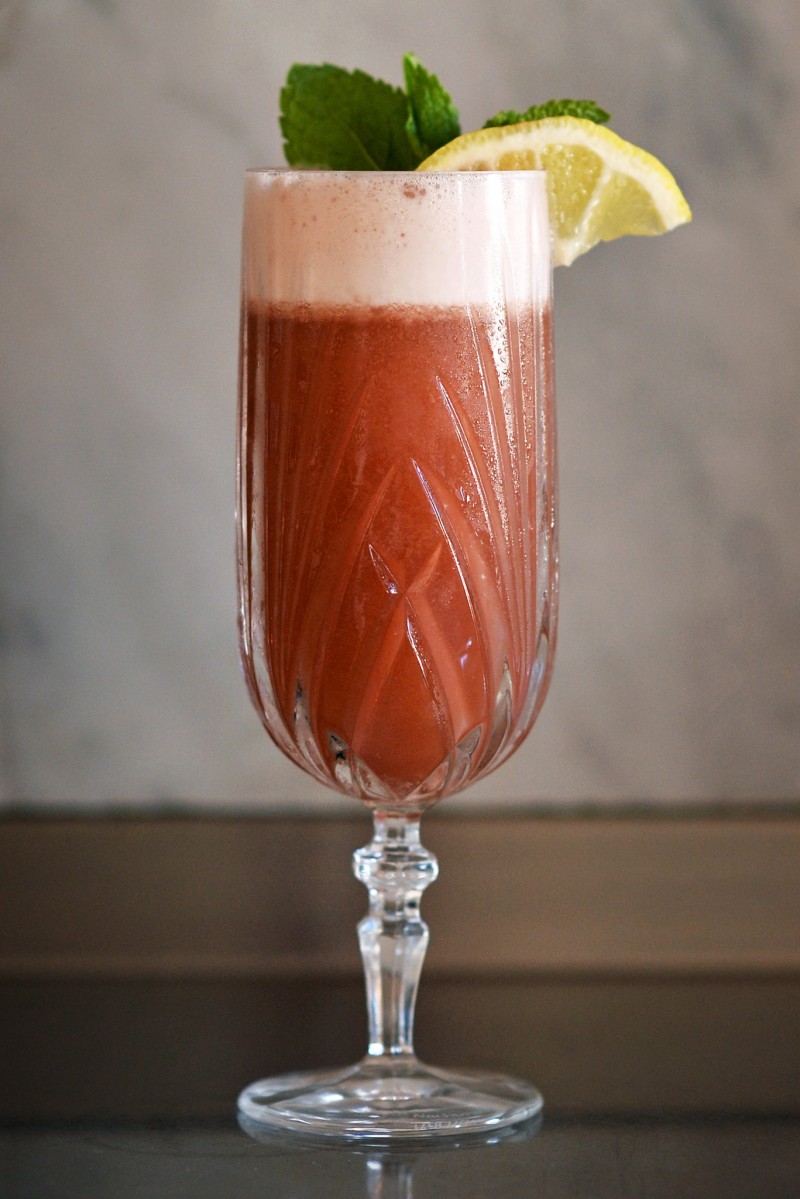 June 23, 2016 by Martin Millard
For the Berlin Bar Convent’s “Sling Award”, Nick Kobbernagel Hovind wanted to bring something that would take Cherry Heering back to it’s origins in Denmark. As we’ve seen in the No Name Cherry Fizz, Taffel and cherries go quite well together. Taffel, being a complex spirit, in some ways similar to gin, turns out to also work with sloe – another sweet component to the mix. So to add something tangy, go with two traditional aquavit flavours: anise in the form of peychaud bitters and lemon in the form of lemon juice. And there you have it: a nordic sling, to “bring the sling back”

The drink went on to be voted best in the sling category at the Berlin Bar Convent, so yes – Nick managed to bring Heering back to Denmark.
If you are intrigued by the use of aquavit in cocktails download our free ebook on aquavit cocktails to explore further.