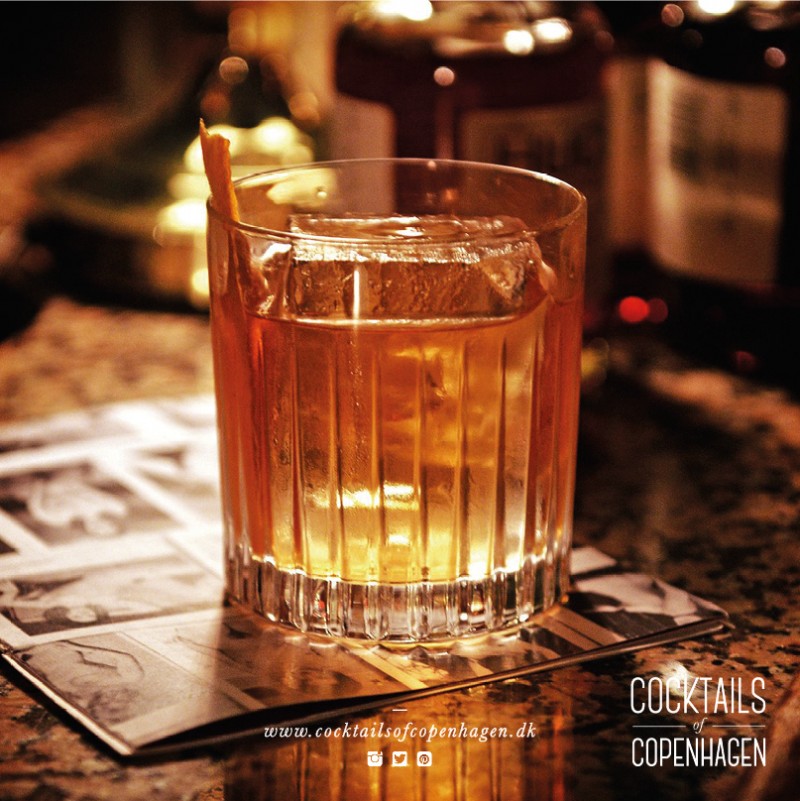 “Nothing is off limits at Balderdash”

“Nothing is off limits at Balderdash” –those were the words of Geoffrey Canilao, bar manager and owner at Balderdash, when we stopped by to see what the bar had to offer. Clearly this also goes for messing with the old fashioned. Of course you can find variations on this classic cocktail all over the city, but Geoffrey takes it a bit further compared to most other places. Knowing the guys from the restaurant BROR Geoffrey found inspiration in their use of burned butter to spice up this Don Draper Favorite. On top of that Geoffrey added a smoked bone marrow infusion as a tribute to his former home NYC where they used to enjoy steaks with cocktails at the steak houses.

This all leaves you with a fat and filthy old fashioned with a lot of umami to compliment the whiskey. And that is whisk(e)y with and “e” as you’ll be enjoying scotch rather than bourbon. You wouldn’t have guessed that to be the case as the burned butter adds fat and sweet taste notes that you usually associate with bourbon. Nothing is off limits at Balderdash!