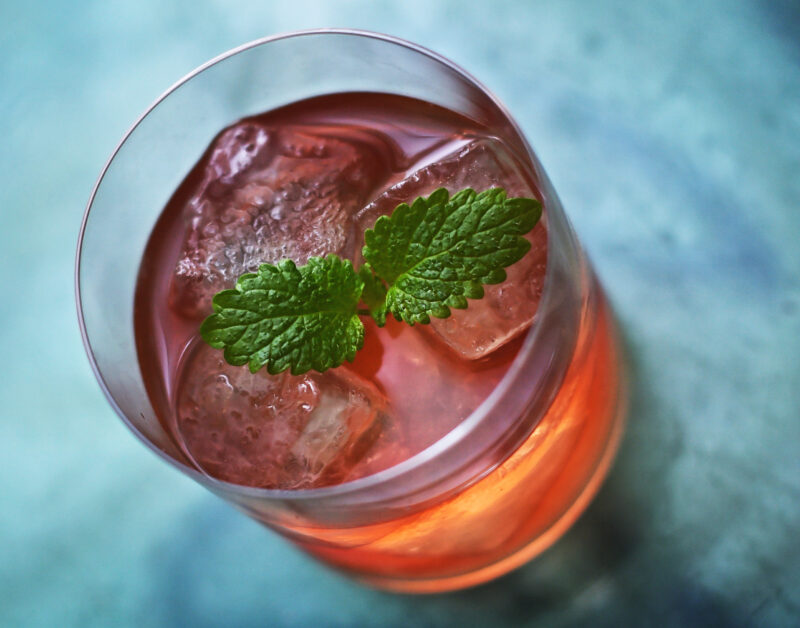 Many bartenders have interpreted the Negroni in various ways. With Antonio Negri, Kyros & Co. has reinvented it altogether.

The Negroni is an undisputedly classic cocktail. It’s about a hundred years old, can be reliably ordered as much as a Dry Martini or an Old Fashioned, and is an easy and elegant combination of three common ingredients: Campari, sweet vermouth, and gin. Those ingredients themselves are each complex balances of many bitter herbs, aromatic spices and round sweetnesses, infused into spirit. You could argue the Negroni’s a cocktail made of three cocktails. It is, in essence, überbooze.

At Kyros & Co, you can now get a Negroni without alcohol.

Say what? See, the Negroni is no longer just a cocktail — it’s ubiquitous and established enough on its own terms now that it’s a concept. Say “Negroni” to the common drinker and the abstraction they sip in their mind’s bar is likely very similar to everyone else’s. And if you can execute a concept in exciting new ways while you conserve the concept’s familiar form — especially in ways as revolutionary as serving a non-alcoholic version of a cocktail as indebted to alcohol as a good Julefrokost — well then you’re challenging assumed perceptions while maintaining the accessibly delightful. You’re opening someone’s eyes while you put a sure smile on their face. Ostensibly, you’re even democratising the apéritif to teetotalers. And for that, Kyros deserves a hearty toast.

The Antonio Negri is named after an Italian political philosopher and sociologist who popularly promoted Autonomism — the idea that no political party can represent the working class so they ought to govern themselves. In other words, to hell with the orthodoxy, which is an appropriate attitude for Kyros’ expression of the Italian classic cocktail. It begins with the Seedlip’s Spice 94 release — Seedlip being the well-established non-alcoholic beverage commonly compared to gin. The vermouth and Campari are replaced by the bar’s own “bitter cordial,” a special creation specifically designed for the Antonio Negri that provides body, bittersweetness and bite.

The cordial’s construction is complex. Restricted from wine, they substitute the unfermented stuff — rich pinot noir grape must — and use three different sources of gum arabic and pectin to provide a natural oiliness similar to alcohol’s. They then infuse 29 ingredients that each possess elements of the classic Negroni’s final complexity over three different macerations, at three different temperatures, for three different time periods. Those ingredients are very carefully selected; everything has to fit. Acids and sugars tweak the cordial’s balance, and help to preserve its otherwise volatile freshness. The macerate is finely filtered before permanent refrigeration. Stirred over ice like a true classic sipper and served on the rocks.

*Cordial made from Pinot Noir Grape Must, infused with 29 spices and herbs, including Yellow Gentian Root, Myrrh, Wormwood & Citrus Peels.

Here’s how the drinking experience unfolds. You ask for a non-alcoholic Negroni. Seedlip Spice and the house ‘bitter cordial’ are poured over ice in a mixing glass and briefly stirred. The mix is strained into a rocks glass over more ice, and presented elegantly unadorned. It’s a remarkably efficient serve for something that takes apparently three hours to prepare. You comment on this. The bartender nods and compares the process to “reheating a gourmet TV dinner.”

Your first sip is like a ruby grapefruit arguing with a blood orange over who gets to plant a herb garden on the tip of your tongue. It’s very sharp, and very bitter. Vermouth’s familiar wormwood is prominent, as is Campari’s iconic gentian, alongside a plethora of fresh citrus peels of seemingly almost every type. You take a second sip. It’s diluted a bit more now. The grapefruit has brought along a lemon for extra muscle. The Seedlip starts to raise its voice through the quarrel and you begin to pick out spices. The lemon beats the blood orange in the face with a bouquet of violets. You ask where the ‘mintiness’ is coming from. The bartender reveals it to be myrrh — “the proper tree sap, not the powdered stuff” — and pulls a dubiously-waxy brown rock from a plastic container that appeared from nowhere. The drink’s potent flavours are mellowing exponentially. The herbs permeate the sharp fruit. The bartender begins shaving what must be the myrrh with a large knife. You remember that there isn’t alcohol in this and marvel at the mouthfeel. In another sip the grape must becomes distinct from the citrus. You gingerly wipe the myrrh off the back of the large knife presented to you and pop the dust in your mouth. It tastes like a religious ceremony from which you probably shouldn’t drive home. Two-thirds of the way through the drink starts to remind you of rhubarb compote, except laced with Aperol. You start discussing whether it’s really just an apéritif drink or an actual honest-to-Santa-Maria substitute for a Negroni, then realise you’re talking about categorising a non-alcoholic re-imagining of the poster-child for alcohol and that the rules don’t matter any more. You finish the last sip. You’re not intoxicated. Your brain dribbles a bit.

A clean, lime-green forest-like note lingers. In your mind, all that is solid melts into air.

“The drink is structured using colours. I started with the things I needed — citrus, bitterness, grape must — and marked them out as the different hues they tasted like. Then I kept adding things until I got a rainbow.” — Christian Tang, Kyros & Co. owner

The Antonio Negri is a bit of an acid trip in more ways than one. It’s puckeringly dry all the way through. Yet, the taste is far more pleasing than one gimmick that dilutes into wateriness. The flavour agreeably softens and broadens over time. Kyros & Co. vocally proclaims that they aimed for a perfume-like florality over the “flavour of biting into the ground” that they ascribe to Campari, and they certainly achieve that. The drink puts one in mind of a heady tour of a landscape garden owned by a Mediterranean anarchist with a chemistry set.

Ultimately, the drink achieves both of its unspoken objectives. As an apéritif, it’ll whet your appetite before dinner, and if you feel like “that specific bitter cocktail” but want to steer clear of inebriation, Antonio Negri will refreshingly hit the spot. That in itself is an amazing achievement. In the Autonomist spirit, no alcohol can now dominate your evening; you can govern intoxication yourself.

The revolution has arrived. It doesn’t actually matter if you want to drink or not any more — you can still scratch your Negroni itch. In a way, that feels exuberantly freeing — which is perhaps the most appropriate impression a drink unavoidably saturated with Italian culture can give.

If your intriqued alcohol-free cocktails, read more about the non-alcoholic spirit Seedlip here. If you prefer your negroni with booze it it, we recommend you check out the Titanic Negroni from The Barking Dog. 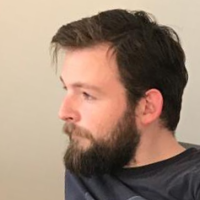 Alex Smith
I like flavour -- bright, rich, and balanced. I think it's the widest-spoken and the most profound language. I like people sharing themselves through it. Most of all, I like the delight of when what delights one, delights another. Oh, and rum.