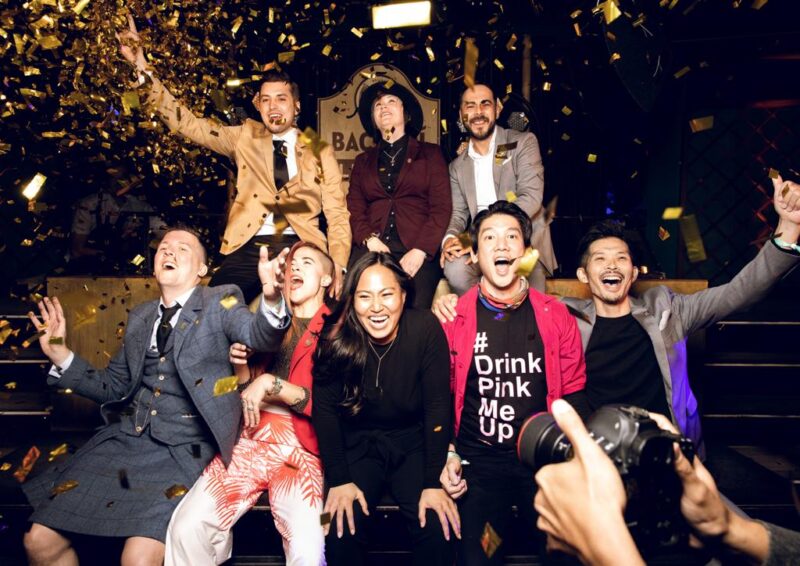 The Legacy Is Sealed in Pink!

The journey is complete, the Legacy has been found! Six months of following the journey of our national finalists chasing the victory in Bacardi Legacy 2019, have brought us from a local Copenhagen bar through Stockholm, and finally to Amsterdam. Despite an unsuccessful race for the gold by the Nordic representatives, excitements were high throughout the night. All the performances were stunning but in the end, the grand final welcomed only the top eight and there could only be one winner.

Before the Grand Final, we caught up with Tomas from Norway, one of the Nordic finalists, and asked him about being in Legacy. “Everyone is super proud of themselves, and of how well we all performed in the semi-finals,” he says, adding that “there wasn’t a lot to improve,” but even so it still wasn’t enough to make it to Top Ocho. As judge Julie Reiner pointed out, each year the level of the competition increase only to make the margin of error for competitors smaller.

And when the contestants took the stage, that was very clear. Very professional and well-prepared presentations were just a baseline, in a fight for the top spot, everyone had to put a little bit of their own legacy into the performance. Chantelle Gabino’s performance was almost a theatre act full of signing, Nicole Fas interacted with the crowd or judges in a typical way of Latin hospitality where you always feel included, but in the end, it was the guy with glitter that took it all.

Ronnaporn Kanvichaporn had by far the most entertaining performance, betting on his goofy attitude mixed with the utmost professionalism. How else would you describe a guy in a pink suit, who prepares you a fantastic cocktail with basil and tomato (and is not Italian!) and finishes his performance by throwing glitter all over himself? Shake, muddle and double-strain. Garnish with basil leaf and olive.

In the end, Julie Reiner put it best “All the drinks were amazing and we wanted to drink more of them. It was a really close competition and choosing the winner came down to details. Ronnaporn was amazing on stage while still being himself, I felt like I was at his bar and the whole show felt natural. He doesn’t need to be on stage to be entertaining, he’s a natural.”

This year’s Bacardi Legacy cycle is over but the show will be back in autumn. The appeal of freely creating a rum cocktail appeals to many bartenders and there will definitely be a lot of new drinks to explore come November.

For now, let your thirst for rum guide you into your local bar. Shall you need inspiration, we recommend a cosy afternoon sip at Brønnum or discovering the depths of Jamaican booze history with Kyros & Co. Don’t forget to follow us on Facebook and Instagram so you don’t miss out on any updates and news.