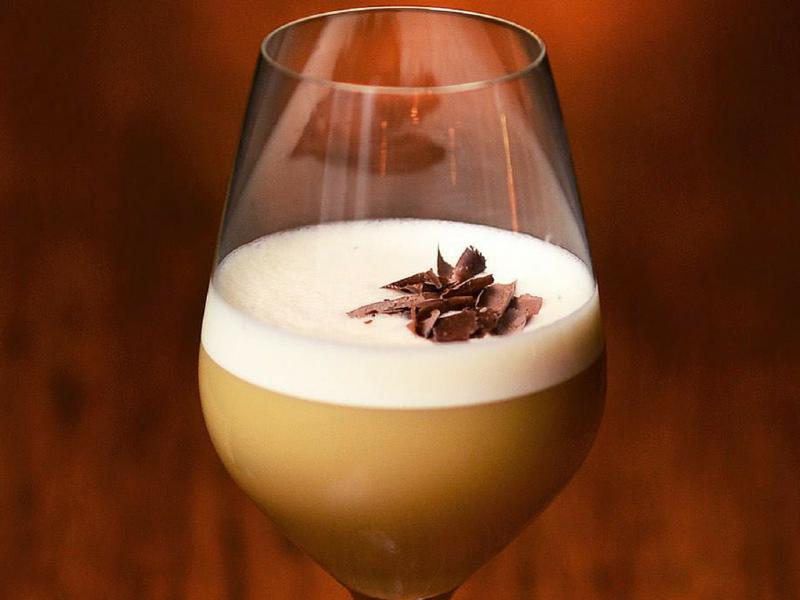 Blessing from a shared housing community

Anna Heilmann-Clausen, long time bartender at Lidkoeb, grew up with five other kids in a two-family household in the Danish mainland of Jutland. Both dads traveled a lot and the moms took care of the children together while the men were away. Anna feels that having two mothers throughout her childhood was a blessing, so when her second mom turned 60, Anna created the cocktail “Two Mothers” with ingredients representing the most important characteristics of motherhood: Sweetness (Bacardi Carta Oro rum), care (vermouth; originally used for medical purposes) and strength (chocolate stout beer).

The celebration for Anna’s second mother coincided with one of the world’s most prestigious cocktail competitions, Bacardi Legacy, so Anna decided to step into the ring with Two Mothers.

Bacardi’s flagship contest challenges bartenders to create cocktails that can stand the test of time and become new classics alongside the likes of the Daiquiri and the Mojito. At the same time the drink must be simple enough in its structure and ingredients that it can be made anywhere in the world.

From the start of the competition bartenders work through a series of stages, which will see that those deemed most promising go through to the final national level, which then yields a national champion. Anna is Denmark’s first ever female champion and she is now trying for her shot at the global final, which is to be held in San Francisco in the spring.

Her cocktail, Two Mothers, is a “flip” which is a variation on a classic punch with the addition of a whole egg. It was originally a sailor’s drink – whenever a ship was in port and the crew had access to perishables, an egg could be added to the ship’s punch, providing it with a smooth texture and extra nutrition. The egg of course compliments the personal story that gave rise to Anna’s Two Mothers cocktail. In relation to the Bacardi Legacy competition, the cocktail daringly challenges the typical rum mix and shows that rum can be used for other purposes than classic daiquiri style drinks.

Two Mothers is a sweet and seducing cocktail. As of now it’s on the menu at KOL Restaurant in Reykjavik, at Le Mouton Noir in Copenhagen and it will of course be featured on the next Lidkoeb menu.

Anna will know if she has made it through to the global finals at an announcement gala in London in March 2016. Anna will of course be bringing both of her mothers, who love the cocktail, needless to say.