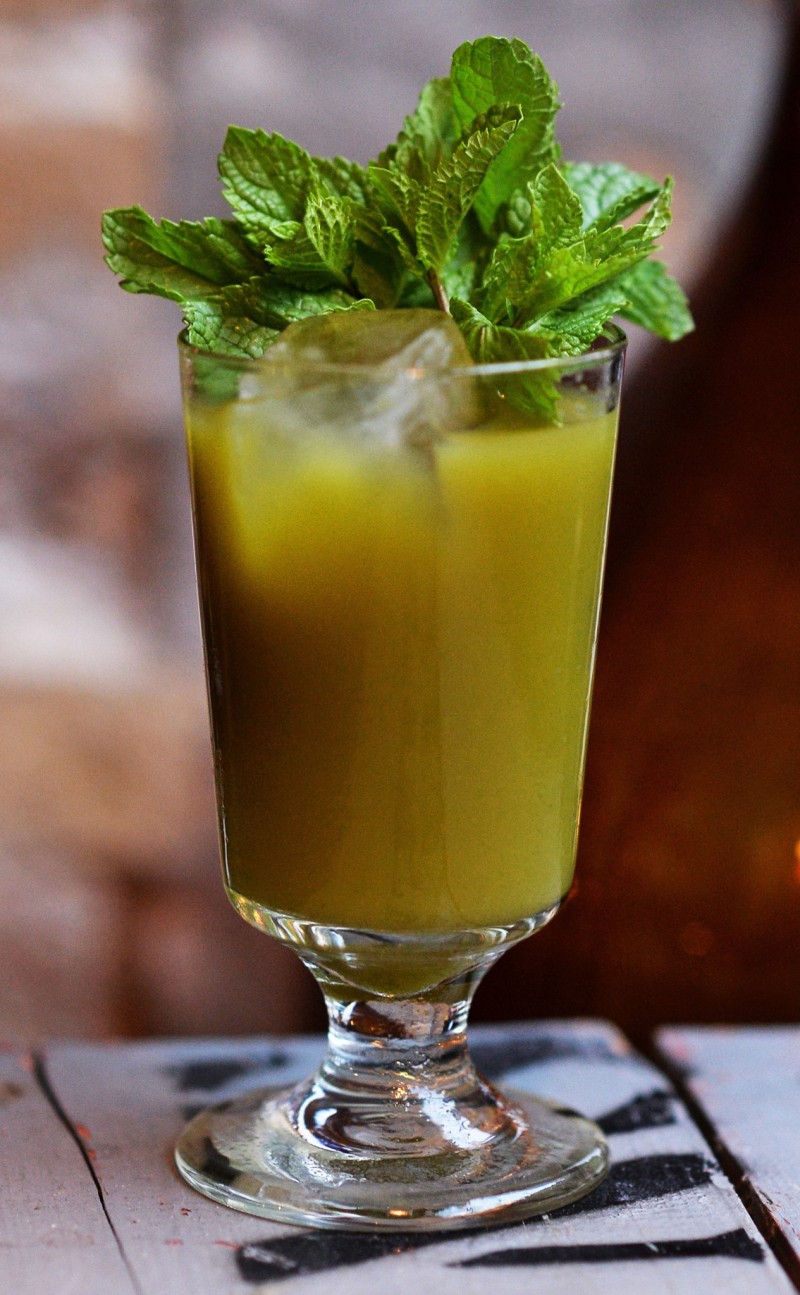 Both traditionally serve as a non-alcoholic accompaniment to tequila to highlight its crisp acidity and complement the peppery and citrusy qualities of the agave distillate. It will clean your palate between each sip and invite you to enjoy the taste experience properly rather than just shooting it down.

Often it’s served as a shot, but at The Barking Dog they serve it as a drink in its own right – that way it doesn’t necessarily have to be served as a side car for tequila.

Blend all ingredients and serve over ice and garnish with a sprig of mint.

If you drink verdita, tequila and sangrita together in Southern Mexico it’s called a “Mexican flag”, as you’ll be drinking the colours of the flag.

This wonderful herbal drink will serve perfectly as a palate cleansener for any spicy meal or drink and it leaves no head ache it its wake.